We are pleased to announce our new name Beyond the Gates! Beyond the Gates is a Haunted Halloween Attraction located at the Merced County Fairgrounds in Merced, CA, featuring the intense GATES OF TERRORS haunted house, the GATES 13 A hike through a mining camp that is inhabited by mutants, the one-of-a-kind paintball hunt, GATES 51 A mission to save mankind from an Alien Invasion. Only the brave survive! Open on select days from October 4, 2019-November, 2. Special events and contests are announced on our social media pages. Be sure to follow us for freebies and updates on year-round horror! 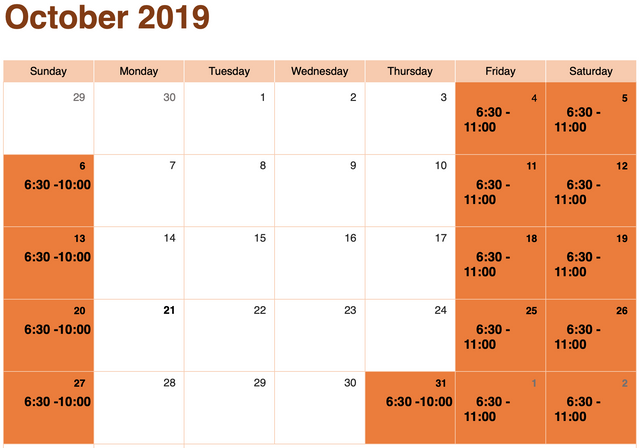 In 1986 a journal was found in the basement of the Greenbrier Mansion in Merced, California. It was written by a patient named Anna who lived in the mansion back when it was a sanitarium. Many patients knew her as the woman who ran down the halls screaming “I’m sorry,” while begging to be forgiven, but few knew why. Many pages of the journal were incomprehensible. Certain words were written over and over and over, as if maniacal--pages were stained with blood and tears, and the margins were filled with sketches of creatures and strange images of small children. Before being placed in the sanitarium, Anna was a midwife who lived in Snelling’s Ranch back when all the killings began.

It was 1909 when the first child was born on the ranch. At that time, it was just a small community of shacks and tents pitched along the Merced River. Back when the dredging began, thousands of pounds of Mercury was used to extract the gold, but little did they know the consequences of using Mercury would take time to see. By the time the dredging company shut down in 1919, fifteen children were born. The first, born to a young wife, seemed normal until the mother began experiencing severe tremors and long periods of insomnia where she refused to sleep for days on end. She would walk through the camp, up and down the river, as if she were looking for someone or something, but never said a word. Instead she had dark eyes that seemed to look right through you. On the seventh day without sleep she began laughing for no apparent reason, until her body fell into a seizure and she shook herself to death. By the time her body stopped trembling her pulse had already disappeared. The second child was stillborn and buried the same day, though the mother survived without complication. The next twelve children were born with disfigurations ranging from abnormal growth developments to psychological disorders to missing limbs. Two shamed mothers believed they were cursed so they hung themselves from a tree behind the river. A father, known only as Henry, blamed his wife for the birth of two of their children. He drowned her and buried her body under a pile of rocks pulled up by the dredger. By 1919, the final child was born, seemingly healthy, but was immediately drowned by his own father who feared his child would end up just like the others. The midwife, Anna, was asked to drown each of the remaining thirteen children as they were born. Instead, she snuck off and took the children to a widow in Forlorn Hope (known today as Hopeton). The widow agreed to raise the children, but within three years, her remains were found burnt in her cabin, the cause of death unknown and the children nowhere to be found.

In 1929, when the dredging began again, the first sighting was recorded. An employee claimed to have seen a half-clothed man, hunched over and walking through the rocks with a limp, but before the employee could call for the man, he disappeared into the fog. Others claim to hear a baby crying while others have seen two figures hanging from a tree. Some say the drowned spirits still live in the river and those who get too close get pulled beneath the current. If you listen closely you can still hear the screams of the innocent, but don’t worry, that’s when you are safe. You are safe until you hear nothing but your own blood pumping through your heart. You’ll pray to hear those whispers in the darkness, the cries of a mother searching for her lost child or for the screams of the lost that beg for mercy…because that means you are not alone, and you never want to be alone at the ranch.